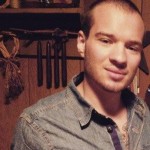 Do I Have PTSD? What Your Symptoms Might Mean

Many people suffering from PTSD may not even know they have it. Many people don’t have a full understanding of trauma and fail to realize that it’s something to always be taken seriously. The purpose of this guide is to outline what PTSD is, what causes it, what the symptoms are, and when to seek help.

PTSD is short for posttraumatic stress disorder, which can result from a traumatizing or life-threatening event. It was formerly known as “shell shock” and “combat fatigue” during World Wars I and II, respectively. It is a mental health disorder officially recognized in the American Psychiatric Association in their Diagnostic and Statistical Manual of Mental Disorders.

What Are The Symptoms Of PTSD?

Posttraumatic stress disorder is typically characterized by flashbacks, dreams, or invasive memories regarding a traumatizing event. These flashbacks are typically brought about by some kind of trigger, such as explosive noises, smells, or even certain words or phrases. Other symptoms can include labored breathing, irritability, panic attacks, guilt, shame, avoidance of triggers, and more. Suicidal thoughts and planning are other symptoms because sufferers of posttraumatic stress disorder are at a much higher risk for suicide.

When To Seek Help

The symptoms mentioned above are very normal for someone who has experienced a traumatic event in the first few weeks or months afterwards. However, if several months have passed and the symptoms haven’t gone away, you may have PTSD. Symptoms may start even later than that or come and go, so vigilance is advised.

If left untreated, individuals suffering from PTSD may seek unhealthy coping methods, leading to additional problems. To avoid self-destructive behaviors, it’s important to seek healthy treatment options sooner than later. Anyone who has experienced a traumatic, life-threatening event accompanied by any of the symptoms mentioned above for a prolonged period of time should strongly consider getting help.

Posttraumatic stress disorder is a serious condition that can lower your quality of life. Do not be ashamed, no matter the source of the condition—it is not a sign of weakness. Seek help for an official diagnosis and so you can manage your symptoms in a healthy way.

If you struggle with PTSD, visit our mental health and healthcare resources page for more information on coping with trauma.